The rising popularity of CBD and THC on the market means that less and less attention is being paid to other cannabinoids. In the group of these less popular compounds found in cannabis, CBC leads the way. Cannabichromene is a substance with great therapeutic potential, whose exact properties are still being studied. It is known, however, that on some issues CBC can confidently compete with its more famous siblings.

Cannabichromene, better known as CBC, is one of the elements of the cannabinoid blend found in cannabis plants. It is a phytocannabinoid, produced at a very early stage of cannabis flowering, which is structurally similar to other cannabinoids such as THC, CBD, and CBN. Although this compound is not yet well known to us, more and more scientists are investigating its potential health benefits. CBC, like CBD or CBG, has no narcotic effect, which is determined by the CB1 receptor.


The history of CBC

Cannabichromene was discovered by Gaoni and Mechoulam in 1966, and almost simultaneously by Claussen, who is also considered as the father of CBC. We owe the current state of knowledge about this substance to three scientists in particular, without whom the world would never have heard of CBC.


How is CBC formed?

Cannabichromene is the result of a decarboxylation process. Enzymes convert cannabigerolic acid into cannabidiolic acid (CBD-A), tetrahydrocannabinolic acid (THC-A) and cannabichromenic acid (CBC-A). Then, under the influence of heat, CBC-A loses a CO2 particle, becoming CBC. A similar mechanism causes THC or CBD. 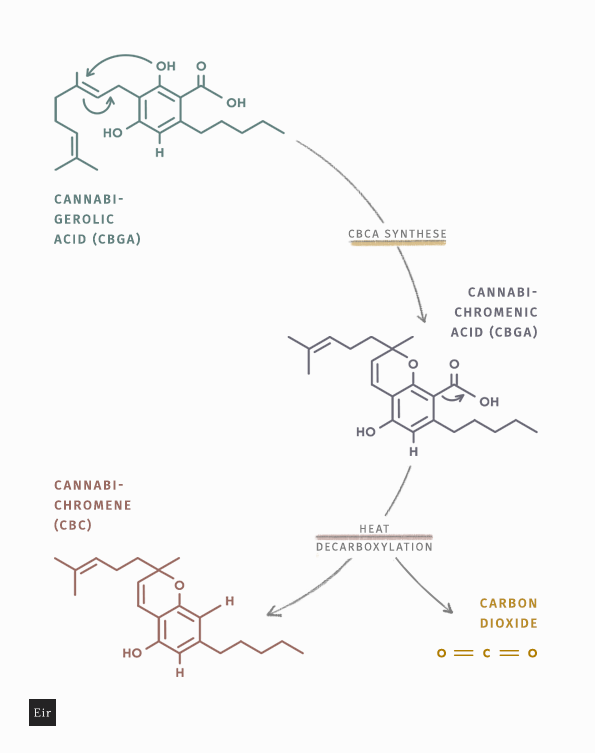 CBC and other cannabinoids

The concentration of CBC in most cannabis strains usually remains fairly low compared to other cannabinoids. However, there is a great similarity at the molecular level between CBC and other compounds. Cannabichromene, like CBD or THC, is conditioned by CBG , which acts chemically as a precursor to these three major cannabinoids. CBC owes its most effective action to the company of other cannabinoids and terpenes, thus maximizing the potential therapeutic spectrum of the entire plant.

CBC in the endocannabinoid system

Like all cannabinoids, CBC interacts with the endocannabinoid system. This system is present in every mammal, affecting the work of many parts of the body. However, it affects this system differently than THC and CBD. Cannabichromene does not bind well to CB1, which greatly affects the central nervous system, causing a feeling of intoxication. CBC may have a positive effect on increasing the number of endocannabinoids needed to maintain normal health. 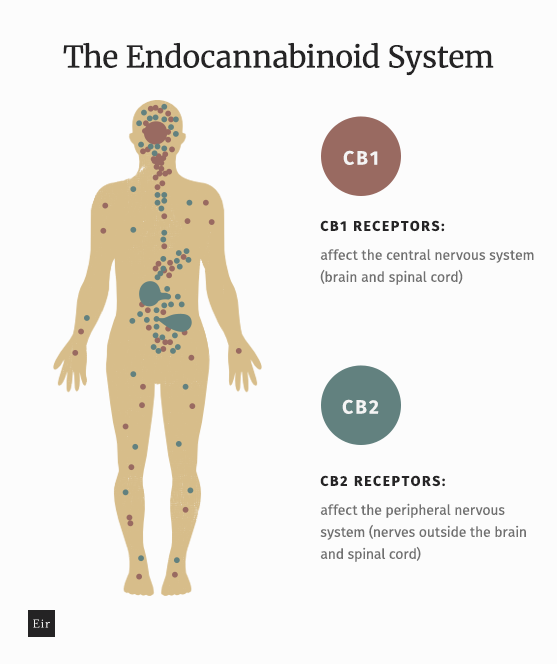 How does CBC work?

CBC is widely considered to bind indirectly with the ECS through stimulation of the bodyís naturally occurring endocannabinoids, anandamide, and 2-AG. CBC may also act as an agonist of the TRPV1 and TRPA1 receptors, which regulate pain sensitivity and body temperature. Cannabichromene can also bind to CB1 and CB2 receptors. However, CBC is currently undergoing many studies to explain the complexity of this substance.


The health benefits of CBC


How best to use CBC?

Since relatively little information is currently available about cannabichromene, there are many disputes regarding the dosage and health consequences of taking CBC. So far, no information suggests the potential for dangerous side effects from taking CBC. For this reason, you should consult your doctor before using cannabichromene. However, this compound is not covered by the Convention on Psychotropic Substances, which means that it can be used legally.


Where to look for CBC?


You will find CBG in our full spectrum oils.
Choose one of the Eir Health products: